Since 1999 Washington State has offered a spring black bear hunting season. This spring season is used as a fine-tuned conservation/management tool. Instead of offering an over-the-counter hunt, WDFW carefully sets permit numbers based on several factors:

The spring permit season is a very beneficial tool in WDFW’s overall game management plan that can help the department protect the wide variety of our state’s wildlife.

October 21, 2021, WDFW biologists gave a public presentation to the WDFW Commissioners reviewing the spring bear permit numbers and making a few changes to the post-harvest process. That presentation can be viewed HERE. Public comment received that day was overwhelmingly against the season, and bear hunting in general. Most hunters stated that they didn’t provide comment because they believed that the season was going to continue and only the overall permit numbers would be considered.

November 19, 2021, the department was scheduled to make their decision on the proposal. After a long and heated discussion about the ethics of the hunt , and the validity of WDFW science, the commission took their vote. Four commissioners voted to adopt the 2022 season as proposed by WDFW staff, and four commissioners voted against the proposal. The commission requires a majority vote to pass, so the proposal failed. Normally when a rule change fails the department is forced to revert to the old rule that was in place. However, the spring bear season rule (WAC 220-415-080) is somewhat unique in that the title of the rule contains a year; “2021 spring bear special permits.” Meaning that the season expired and was placed on hold. As of this writing, there will be no spring bear hunting season in 2022.

The most important thing that we can do at this time is to respectfully share our voice with the commission. You can email the commission, give public testimony at commission meetings, and help spread the word.  Share your hunting/outdoor stories from start to finish so that people can understand everything that goes into the hunt, not just the grip and grins at the end. Share the family stories, the sunset photos, scouting adventures, meals made from your harvests, every angle of the adventure.

In addition, the INWC board of trustees has been working closely with our partner organizations to create a rule change petition to hopefully prevent this from happening in the future. We have been encouraged by the outpouring of support on this petition and the efforts to restore the spring bear season. But we also want to caution everyone – this will be a long process and success may not occur until after the 2022 season. Rulemaking takes time and must be done properly, or the department runs the risk of having the changes overturned by lawsuits. Following the process properly now will potentially protect the season for the long haul. Please don’t lose hope; and stay connected throughout this long journey. As I like to say…The commission cannot support our voice if we fail to share it with them. 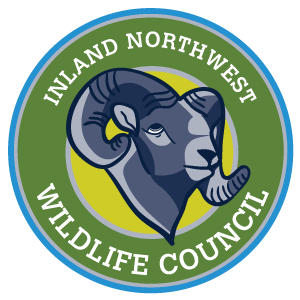