*Quick disclaimer – I started hunting birds with my dad as a child, and then as an adult I began hunting big game more frequently, but I have yet to go on a spring bear hunt. So when the spring bear permit decision blew up at the December WDFW commission meeting [1] I realized that I had a lot of learning to do. I would like to give special thanks to Commissioner Kim Thornburn and WDFW Game Division Manager Anis Aoude for taking time to; answer my questions, educate me in general bear management/conservation, and clear up my misunderstandings. Also, thank you to Clay Newcomb (Bear Hunting Magazine/Meat Eater), Bruce Tague (Sportsmen’s alliance), Jacob Hupp (Sportsmen’s alliance), and Jesse Ingles (Cattlemen’s association) for talking time to talk with me on this issue in depth. Your INWC representatives have spent the better part of the past month sifting through research and talking with reliable sources to be able to share a wide variety of information on the topic. Our hope is that the following article will present valuable information so that you can decide on the issue currently brewing in Washington State.

The Spring bear season in Washington State is a part of the overall game management plan [2]. “The majority of bear hunting opportunity is in the fall, but a limited permit-only spring hunt is available. Spring hunts are designed to address emerging management needs, such as bear damage to trees in commercial timberlands, bear-human conflict, or to more evenly distribute harvest compared to fall seasons,” [2] (pg 101). Each year WDFW employees evaluate conservation goals for each area. They pair those goals with bear harvest data from past years and set new permit number suggestions for each of the bear units individually. These adjusted numbers are then presented to the Commission for approval prior to selling raffle entries. This permit hunt, as opposed to an over-the-counter hunt, allows the department to fine tune the take numbers and ensure population balance in each individual hunting area.

As temperatures begin to rise in the spring, bears awaken from their extended slumber. However, science has found that bears do not all emerge at the same time, and their overall hibernation period ranges from 131-171 days. As noted by the National Park Service [3], “Male bears emerge first, usually from early to mid-March (average days denned = 131 days), followed by solitary females and females with yearlings or two-year-olds (average days denned = 151 days) in late March through mid-April (Haroldson et al. 2002). Last to emerge are females with new-born cubs (average days denned = 171), from mid-April through early May. Males, sub adults, solitary females and females with yearlings or two-year-olds usually leave the vicinity of their den within a week of emergence while females with new-born cubs remain in the general vicinity of the den for several more weeks.”

As for predation, bears tend to only be a threat to ungulate (deer, elk, and moose) youth in spring and early summer.  Bears are omnivores that are on a constant search for foods that will provide the most calories while expending the least number of calories.  In spring, black bears seek out sugar rich, quick growing grasses, which also tend to be ideal locations for ungulates to hide their fawns/calves. Being opportunistic by nature bears will take advantage of this situation which contributes to spring being the highest time of predation by bears. After about July these solitary hunters will generally stop preying on ungulate young as they begin to reach a more formidable size. They will instead seek out insects, plants, and carrion as their primary food sources (excepting for years of low plant yields or over grazing).

Let us start with the elephant in the room – orphaned cubs. Many groups that oppose spring bear hunting have a shared mantra, “one bullet kills an entire family.” Hollywood and hunting opposition groups will paint a picture of mama bear and her cubs all cozy in their beds in their quaint cave. Mama bear heads out of the cave to gather berries for her sweet babies not knowing that an evil hunter is lying prone a short distance away gun scope trained on the cave opening, intent on killing the sow and by proxy her cubs. Is this an emotional argument, or does the science support the claim that spring bear hunting is causing cubs to be orphaned in masse potentially putting bear populations at risk?

The “Orphans from Spring Harvest” study [4] conducted out of Manitoba set out to answer that exact question. The study found that, “The 41 cubs that may have been orphaned each spring hunting season represented <2% of those that may die annually from natural causes,” (pg 30). They noted that, “comparing the estimates of orphaned cubs to those that die from natural causes (starvation, cannibalism, abandonment, predation, disease, human-related accidents) adds perspective to the situation,” (pg 30). After evaluating all the data collected over the study’s four-year period (1996-2000) these researchers concluded that, “The spring hunting season is a valuable wildlife management tool. It can be used to reduce or maintain black bear population at or below biological or cultural carrying capacity, thereby reducing, or maintaining problem bear incidents at tolerable levels in a cost-effective manner.

The second argument commonly made is that weak and vulnerable sows will cache their cubs in trees while they seek food so hunters cannot properly identify sows with cubs. The results from the Manitoba study again directly contradict the argument. “The spring bear hunting season, when there are few other hunting opportunities, distributes hunting pressure over a greater period, gives hunters the advantage of short and sparse vegetation (which increases detectability of cubs with female bears).” [4] (pg 32). In fact, they found that spring bear seasons tend to, “…select against nursing females because they are less mobile and tend to avoid areas of disturbance.”

Benefits of a Spring Season

Black bears have little to no natural predators, in fact “hunting is the largest source of mortality for bear populations where hunting is allowed (Bunnell and Tait 1985, Pelton 2000)” If we were to remove spring season, or bear hunting altogether, then the black bear populations could be allowed to grow unchecked. Leading to a reduction in food sources as habitat becomes over utilized and ungulates become over predated. It would take a few years to see the direct effects of food sources being depleted by increasing populations. Without proper management we could see increased human-bear conflicts as bears move into populated areas in a desperate attempt to find food.

According to WDFW [2], “Washington has a unique and challenging situation when it comes to the management of our black bear population. Washington is the smallest of the 11 western states, yet has the second highest human population; a population that continues to grow at record levels.” (pg 102). This challenge makes appropriate game management vital as we cannot afford to wait for nature to balance itself out, after food source loss, given the encroachment on wild habitat and human caused changes to our climate.

The hunting opposition groups would have you believe that weak bears are being harvested in mass as they exit their dens with no regard for cubs. The truth could not be any farther from this image being portrayed. In fact, the spring harvest is minimal by design so that it can be used as a fine tool in the management plan. “Since 2006, the average harvest during fall and spring (excludes bears harvested under depredation permits) seasons were 1,549 and 21 bears, respectively,” [2] (pg 101).

Real spring hunting involves many long back country hikes in search of quarry. Washington based PN Wild recently documented their spring bear hunting opportunity. From the excitement of the draw, scouting efforts, the joy of being outdoors with family and friends, hard work, setbacks, perseverance, inclement weather, and so much more. You can view both episode 1 and episode 2 of their 2020 spring bear hunt on their YouTube channel [5]

How do you feel about spring bear hunting seasons? We love to hear from our members and the public. “As iron sharpens iron, so one person sharpens another” (proverbs 27:17). Please share your thoughts, experiences and/or photos in the comments section or by email at info@inwc.org. 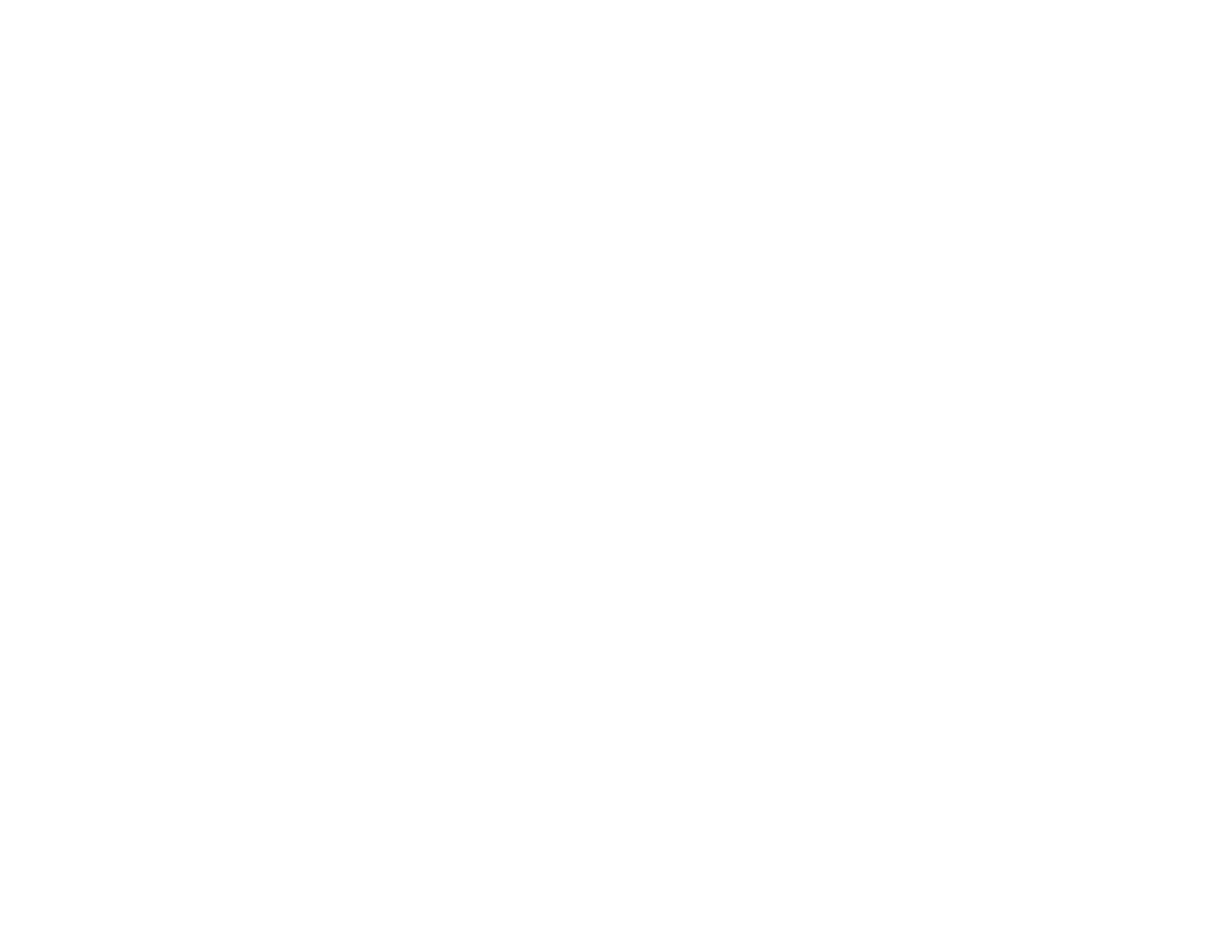